Over 34,000 Bitcoin Moved Off Exchanges In A Single Day, What Does This Mean For BTC Heading Into October? By Benzinga 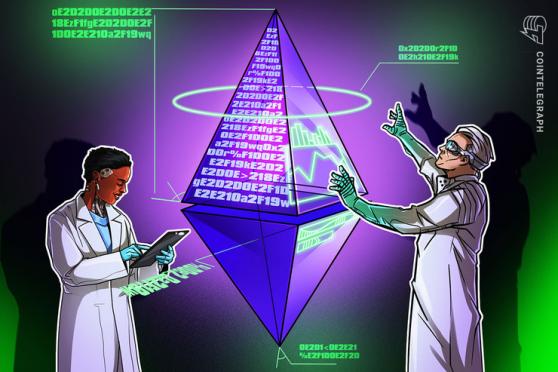 Analysis from Santiment indicates that 46.15% of Ethereum’s PoS nodes are controlled by only two addresses.

Hours after the Merge, the first address has validated about 188 blocks or 28.97% of the nodes, and the second has validated 16.18%, or 105 blocks. On Twitter (NYSE:), the data became a controversial topic as users debated about the impact of the Merge on centralization for the largest network in the world.

How Does Big Eyes Coin Match Up Against Ethereum and Cardano During Its Presale?