BlockFi files for bankruptcy, as many expected, cites FTX collapse for its troubles

by Lisa Burroughs
in BNB
0


The rates of most of the coins keep rising; however, there are some exceptions to the rule. Mainly, the price of Cardano (ADA) has declined by 0.09%. 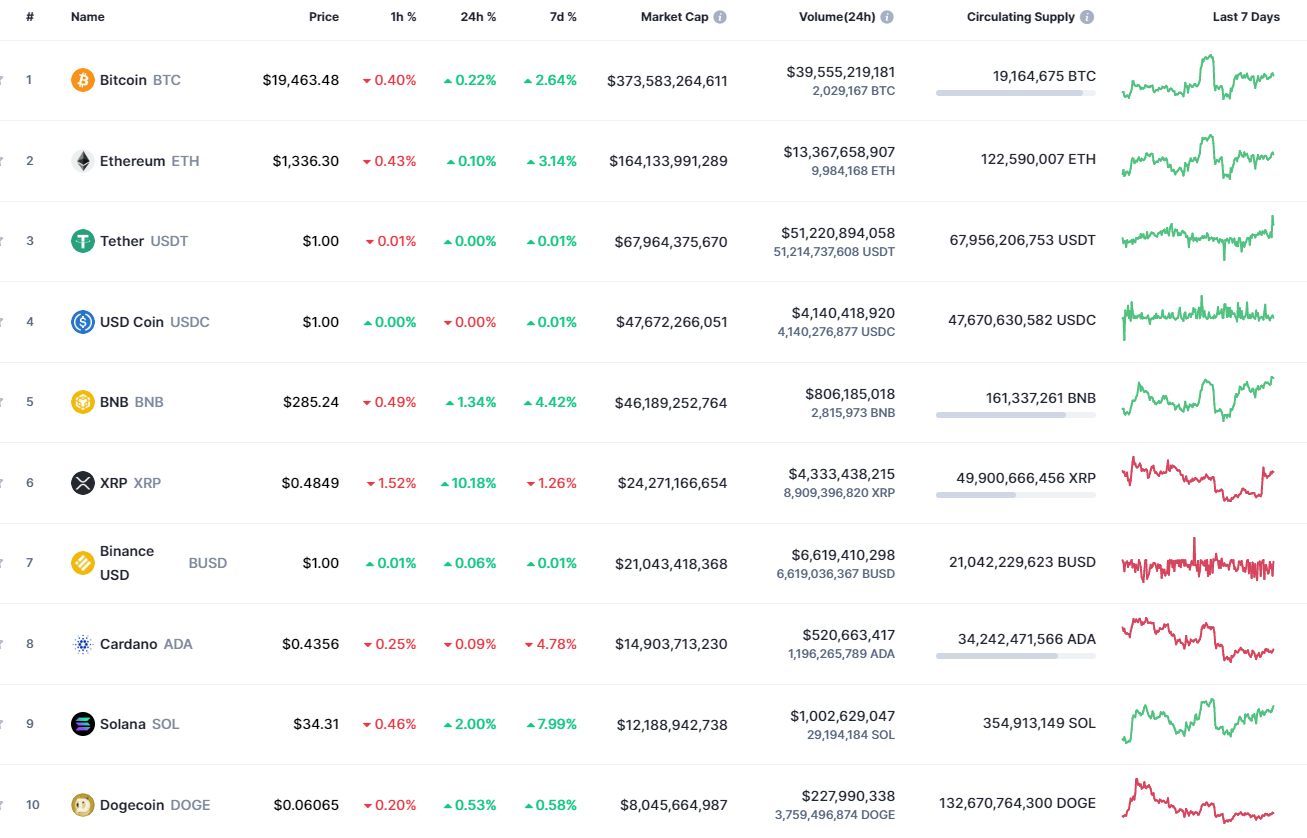 On the daily chart, Bitcoin (BTC) has continued its rise after a false breakout of the $19,000 mark. If buyers can hold this mark, one can expect a further rise to the vital zone of $20,000. Such a scenario is relevant until mid-October.

XRP is the biggest gainer from the list today, rocketing by almost 10%.

XRP has come back to the bullish zone after the false breakout of the $0.44 mark. At the moment, the price is located in the middle of the channel, which means that more time is needed to get power for a further sharp move. A further rise might be possible if XRP reaches the $0.50 zone.

Despite the slight rise, the price has bounced off the recently formed resistance level at $286.6. The volume is going down, which means that buyers are not ready to keep the upward move going. In this case, the more likely scenario is sideways trading in the range of $285-$290 so the native exchange coin could get more power for possible growth.